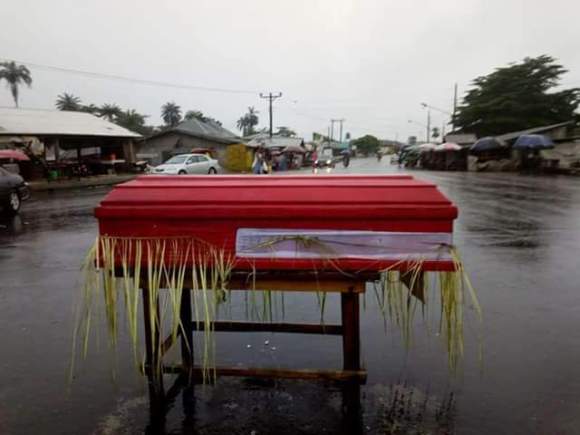 “Time has come for mobil to relocate to Akwa Ibom state in keeping with the presidential directives.

Today is just a warning protest done in a civilized manner. We’ll eventually shut down Exxon Mobil operations both Onshore & Offshore after 14 days.

He blasted the oil giant for being selective in award of Contracts, & Employment against members of the core oil community & Akwa Ibom Indigenes in general.

This site uses Akismet to reduce spam. Learn how your comment data is processed.